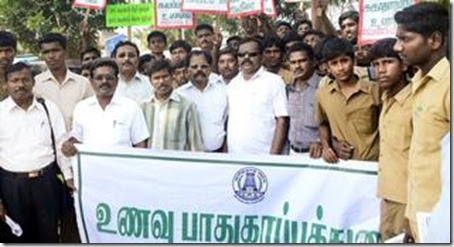 FOOD FOR THOUGHT: A campaign to create awareness of food safety was held in Cuddalore on Wednesday.—
Officials of the Food Safety Department on Wednesday urged the owners of restaurants, roadside eateries and stalls to strictly follow food safety procedures and avoid the spread of diseases.
The call was made at an awareness rally conducted by the Food Safety Department in association with the ASR School here.
M.P. Raja, Deputy Commissioner, Food Safety and Drug Administration, Cuddalore, said the department had received complaints about unhygienic preparation and display of food items by various restaurants and roadside eateries. It was not good for health and would cause diseases. Hence, it was decided to distribute pamphlets and notices to various stakeholders and people to create awareness of food safety.
Dr. Suganya, who sponsored the event, said it was a high time action was taken against those following unhygienic methods of food preparation and display of food. Surprise raids should be carried out to detect those violating food safety rules.
The rally went around important roads and streets in Cuddalore. Participants carried placards highlighting the importance of hygienic methods of food preparation. They also distributed notices and pamphlets to workers and owners of various food stalls and hotels.
இடுகையிட்டது docuddalore நேரம் வியாழன், டிசம்பர் 20, 2012 கருத்துகள் இல்லை: 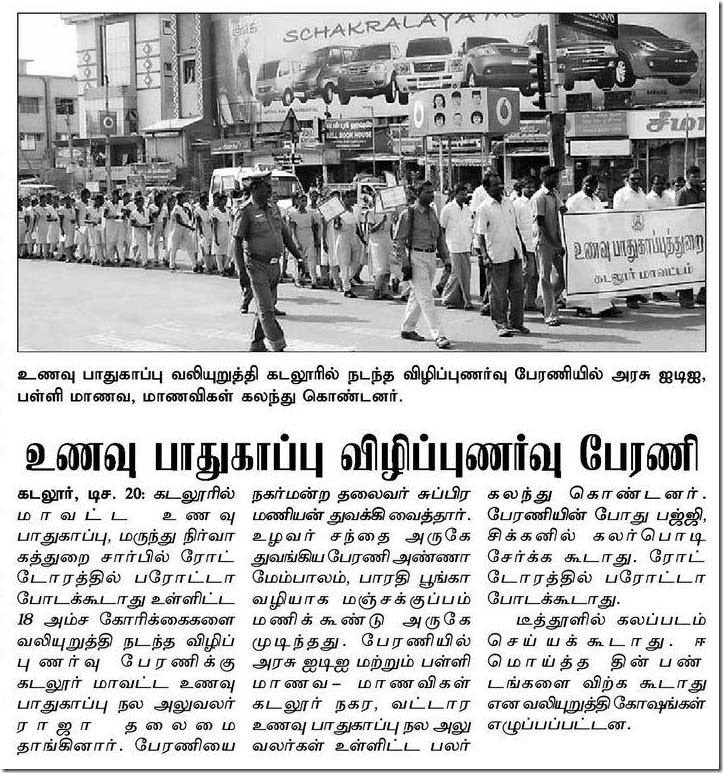 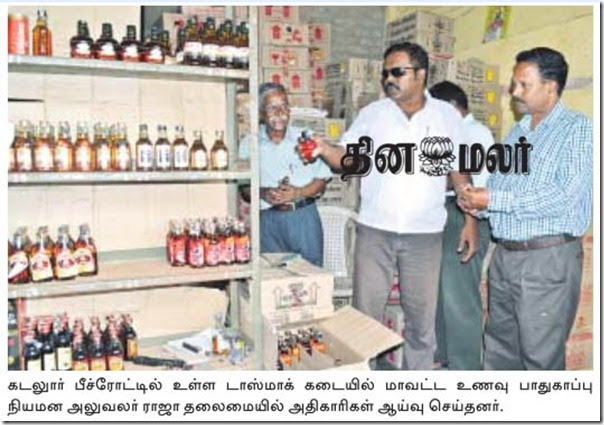 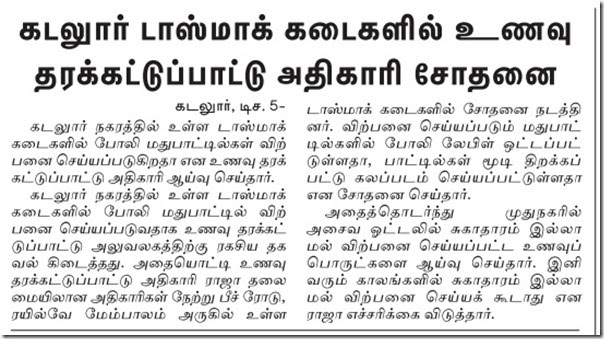 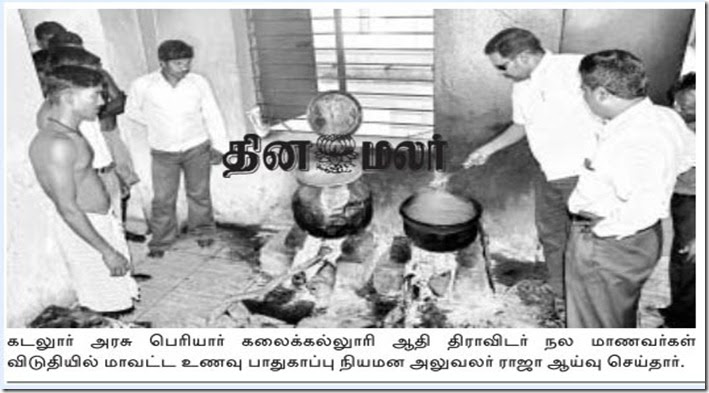 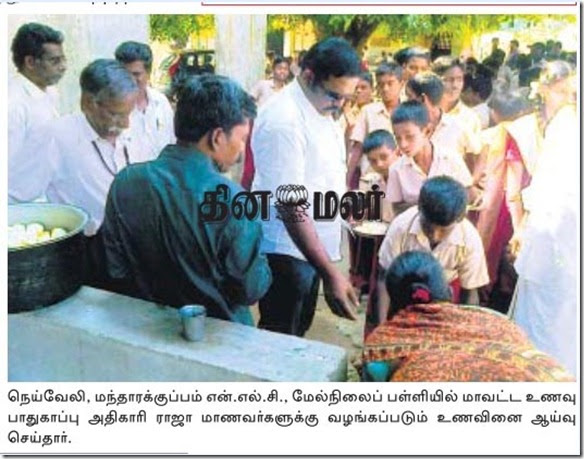 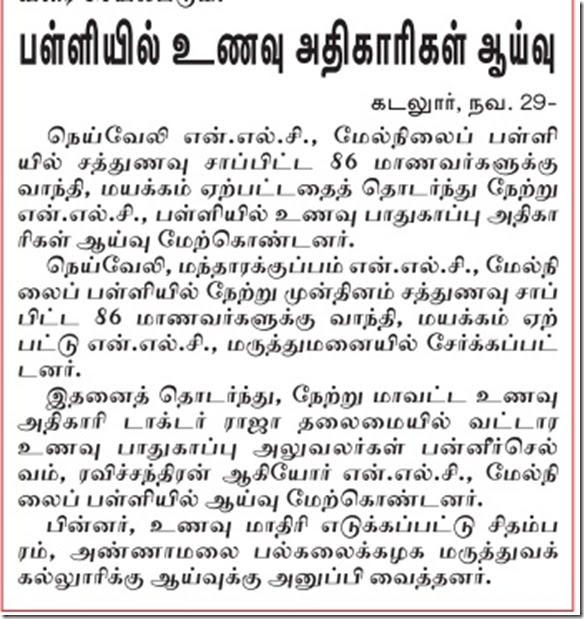 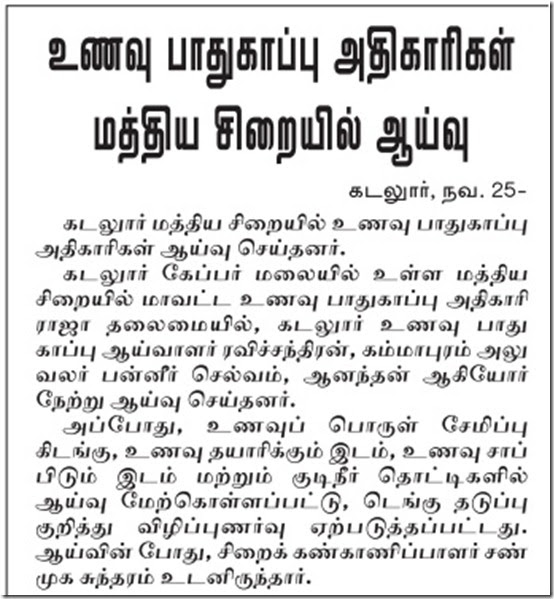 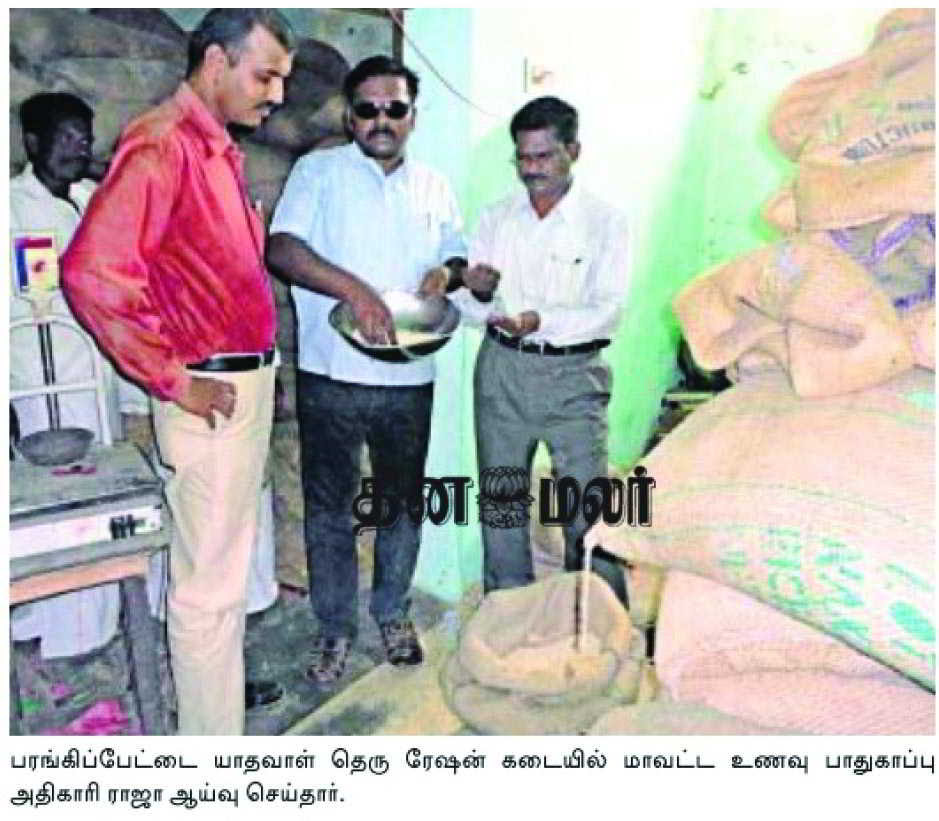 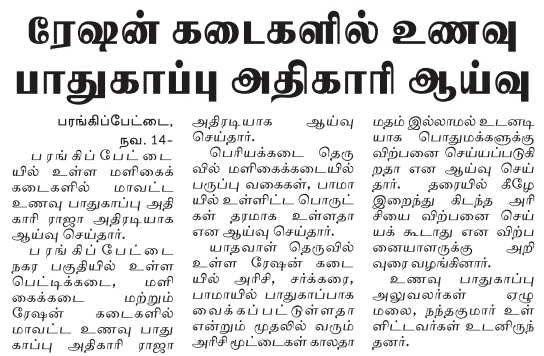 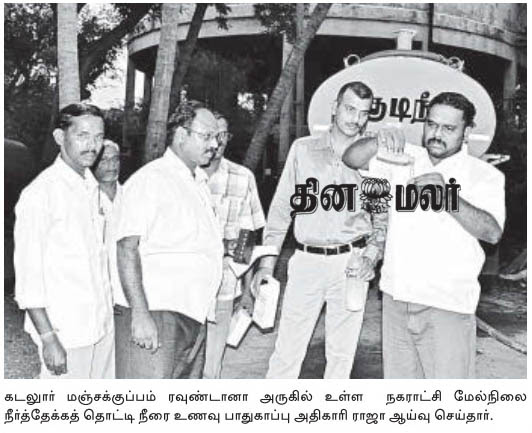 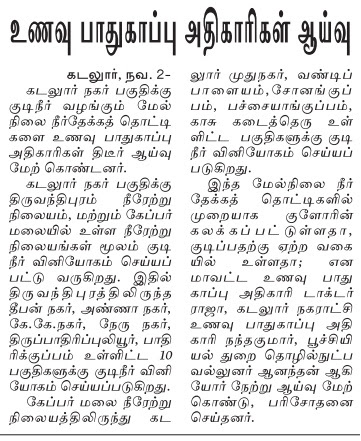 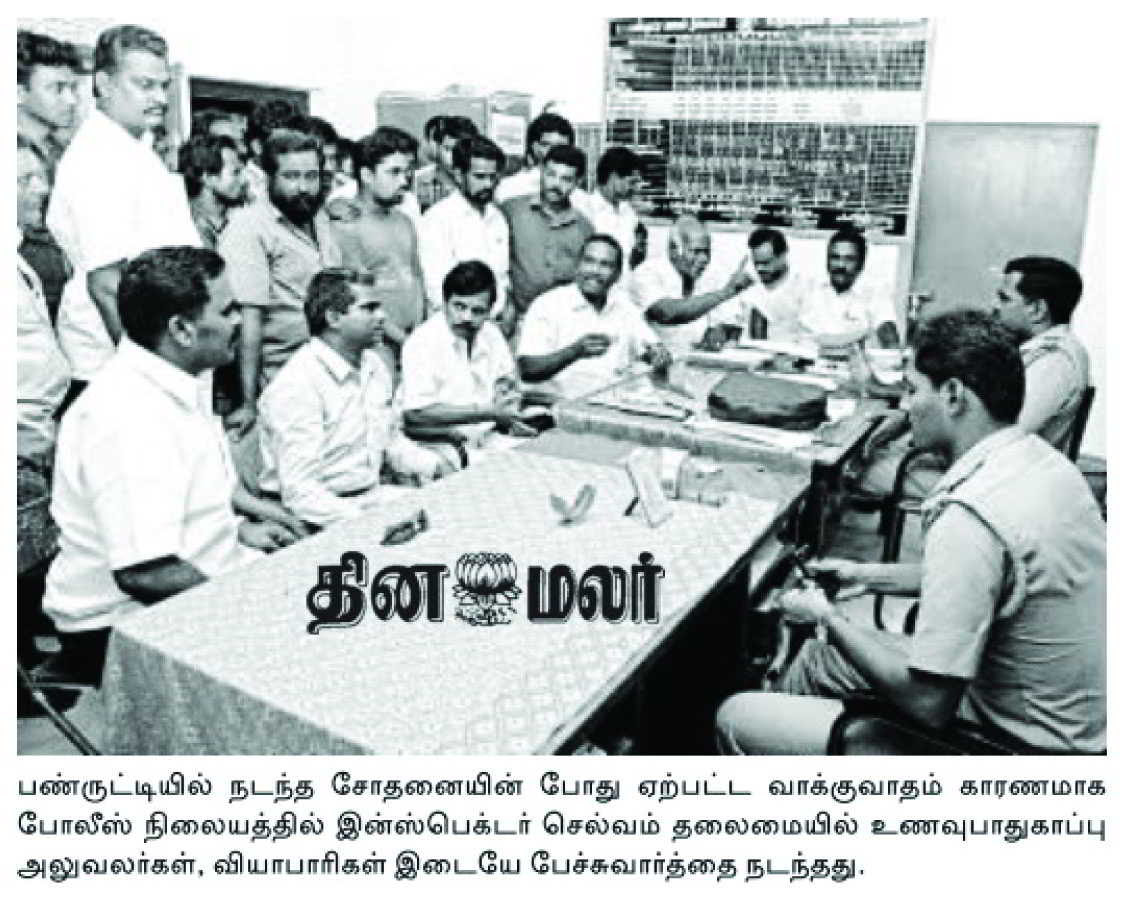 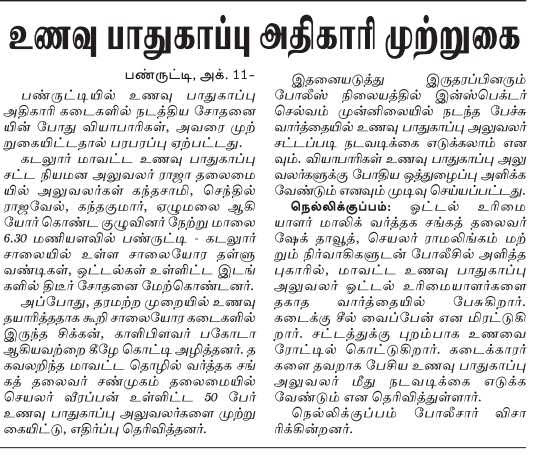 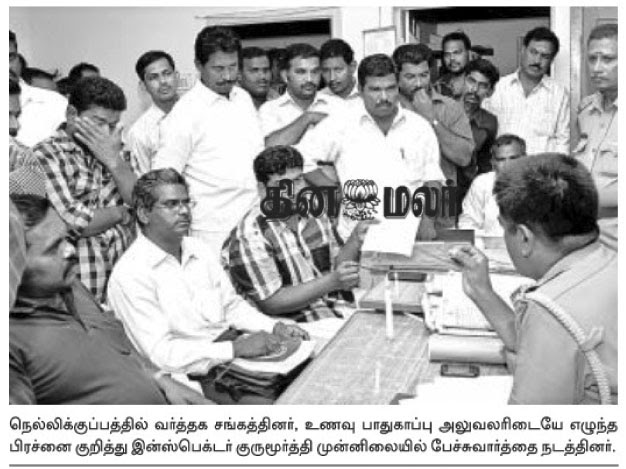 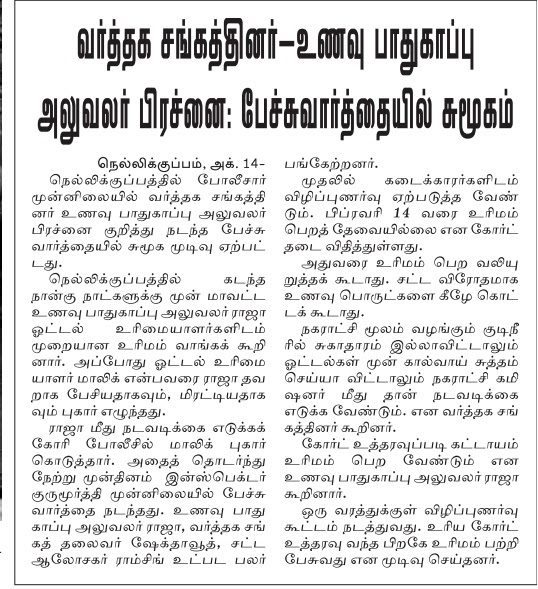